HOME ＞ Must See & Do in Tokyo ＞ Ueno 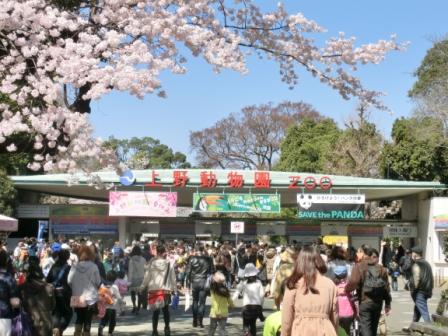 Ueno is a famous place for its collection of culture and arts such as museums, zoo, temples and shrines, and cherry blossoms.

After burnt in the battle between the samurais and the new government in 1868, Ueno Park was registered as Japan’s first park by the government.
Ueno Park is very large and comfortable with a fountain and benches. Tokyo National Museum, the National Museum of Western Art, the Tokyo Metropolitan Art Museum, National Museum of Nature and Science, Tokyo University of the Arts and other concert halls and museums gather in the park, which was originally a part of Kan'eiji Temple.

Ueno Zoo is the first zoo in Japan. It has been exchanging animals with foreign zoos for over 100 years. Today’s center of attraction is the giant pandas from China, who have been living there since 2011.
In late March and early April, 1200 cherry blossom trees like pale pink fog attract many people. Ueno Park is one of the most popular cherry blossom spots in Tokyo. 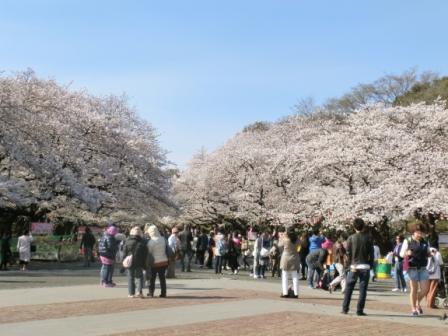 Take JR Keihin-tohoku Line (via Omiya, Minami-Urawa) or JR Yamanote Line (via Ueno, Ikebukuro) to Ueno.
(around 15 minutes, \190) Keihin-Tohoku Line is convenient in the daytime because it is rapid.

Get a Google Map of Ueno

Things to Do & See in Ueno

The National Museum of Western Art 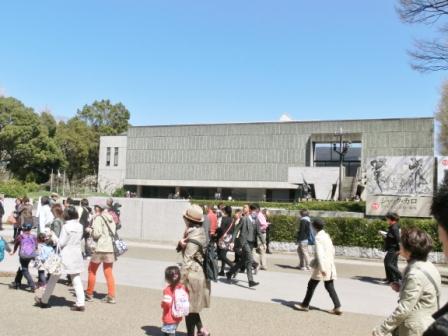 Going out from Park Exit of Ueno Station, the nearest museum is the National Museum of Western Art, where paintings of Vermeer, Monet, Gogh, Picasso, etc, stop during their world tour.

Their permanent collection, which was made up mainly by a Japanese sponsor 100 years ago, is also attractive to art lovers. You will meet Corot, Gogh and other masterpiece painters.
In 2016, the building became a World Heritage Site as one of the 17 Works of Le Corbusier, a famous French architect, existing in 7 countries.

Outside of this museum, we can see Auguste Rodin’s sculptures for FREE.

“Le Penseur (The Thinker)” and “La Porte de l'enfer (The Gates of Hell)” are world-famous. 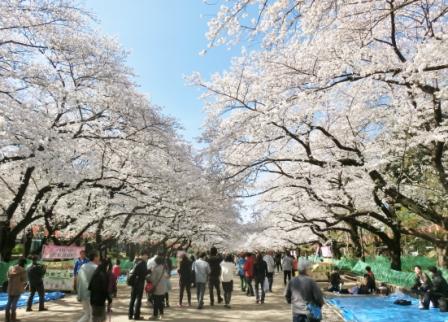 Cherry blossoms (sakura) spread out from late March to early April!
Ueno Park is one of the most beautiful sakura spots in Tokyo. It has been very popular among locals for a long time and a lot of international tourists visit here today.
The street is surrounded by more than 1000 cherry trees. It is like walking through an arch of cherry blossoms. 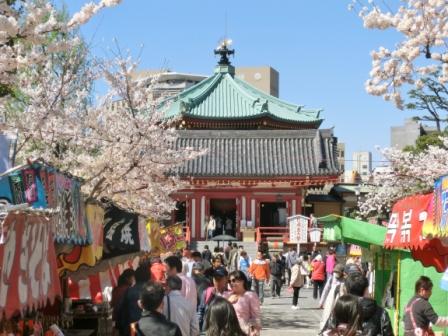 Travel Tip: Turn right to Benzaiten Hall, the temple's house on Shinobazu Pond, and Rental Boat Center.
The path is amazingly beautiful, so when you visit Ueno Park for cherry blossoms, never miss it! 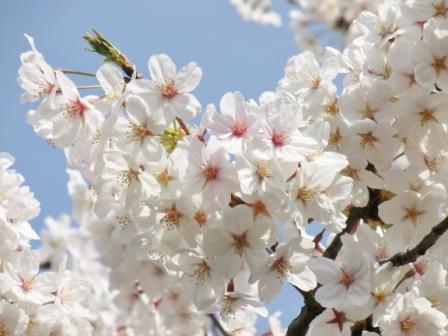 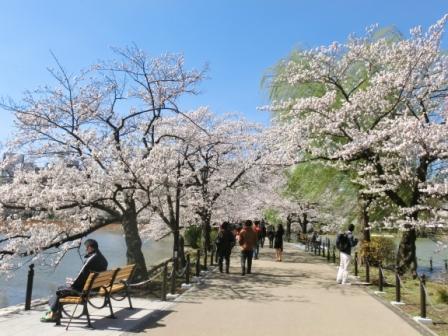 National Museum of Nature and Science 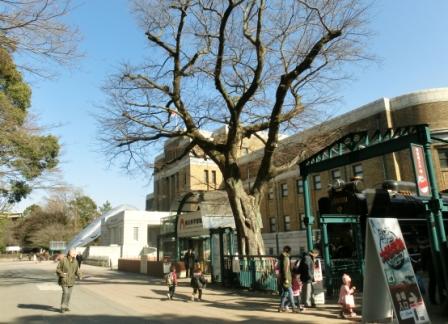 You can see cool dinosaur fossils in National Museum of Nature and Science. A very big whale sculpture and an old black train are its landmarks. 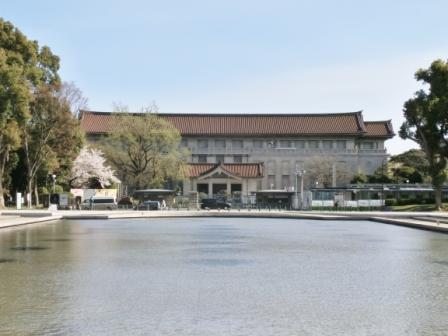 Tokyo National Museum has a large collection of Asian and Japanese arts. 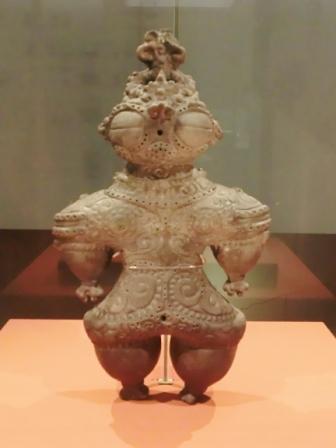 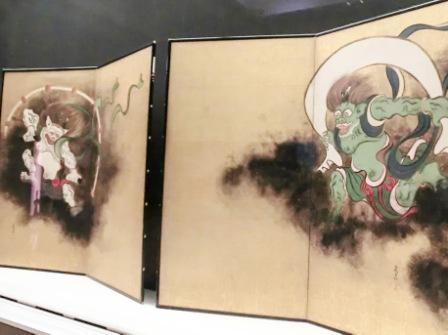 You can meet Dogus (Japanese sculptures made of clay 3000 - 6000 years ago) in its permanent exhibition.
There are also Japanese potteries, genuine swords, Buddhist sculptures and Ainu & Okinawan arts. If you hope to explore old and important arts, Tokyo National Museum is a right place. 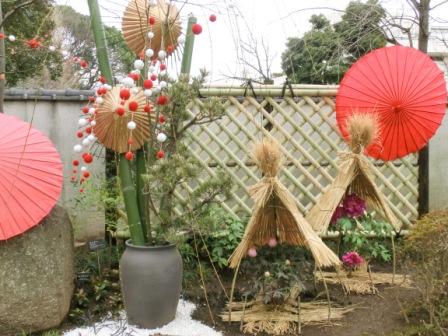 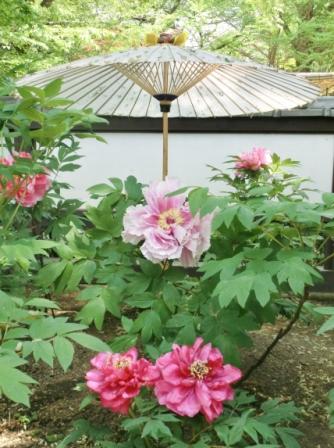 There is a cozy shrine named Ueno Toshogu in Ueno Park.
It has a beautiful peony garden that is open in winter and spring. Peony flowers are displayed with straw snow fences in winter and with Japanese sunshades in spring.
The small but golden building of the shrine cannot be missed, either. 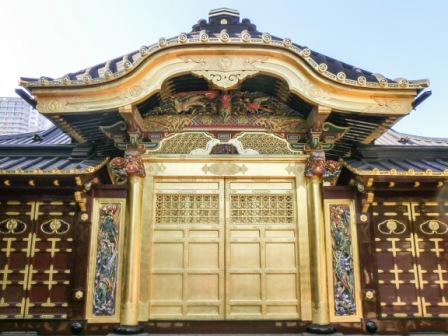 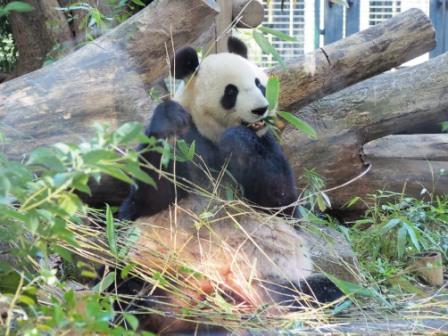 Giant Pandas are the most popular in Ueno Zoo. You will see them soon after you enter the main gate. Even if they are sleeping, it's too early for you to give up to see them moving. Go to see other animals for a while and they wake up for meals soon. They love to eat very much. 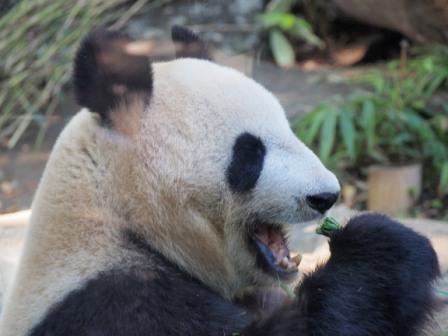 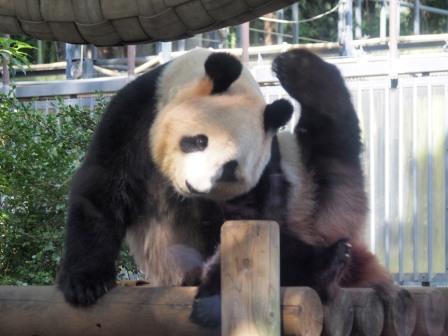 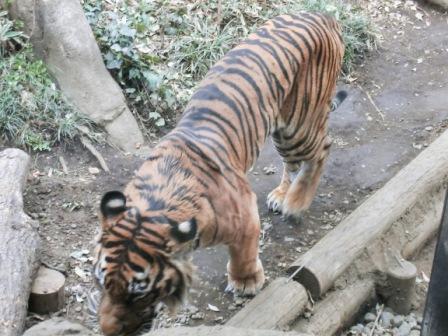 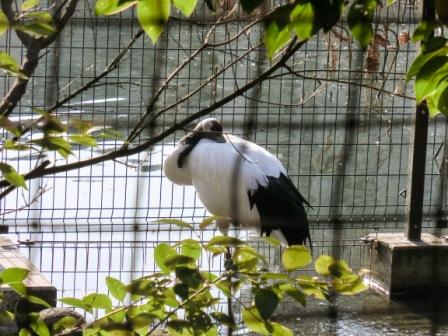 Part of Shinobazu Pond is part of Ueno Zoo. Swans, cranes, geese etc, inhabit in the large beautiful pond. It is originated from Temple’s garden, so the temple hall is seen beyond the zoo.

Just one day is too short to visit all of these museums, so I advise you to choose your interests.
More animals, arts and topics are on Blog Tokyo Direct Diary.

Have a good trip!

Ueno is a great place to stay though there are not so many hotels, because you can get an easy access to Narita Airport by Keisei Skyliner and to anywhere in Tokyo by Ginza Subway Line and JR Yamanote Line. Just 3 stations to Asakusa, another tourist attraction in Tokyo, on Ginza Subway Line.

Just next to Shinobazu Pond as well as Hotel Coco Grand Ueno Shinobazu.

In Ueno, there are many hotels whose prices are around 5,500 - 9,000 yen. These so-called business hotels will be confortable enough to stay though they are not so luxury.

A youth hostel, whose building was a Business Hotel and renovated, opened in 2013. From Narita Airport, you will have a great access by Keisei Skyliner.
In Japan, there are not many big youth hostels named Youth Hostel. This youth hostel often gets full, so book as soon as possible!

When searching cheap hotels in Ueno, you find some "capsule-hotels". See how it is like before you book it on Accommodation Advice For Backpackers